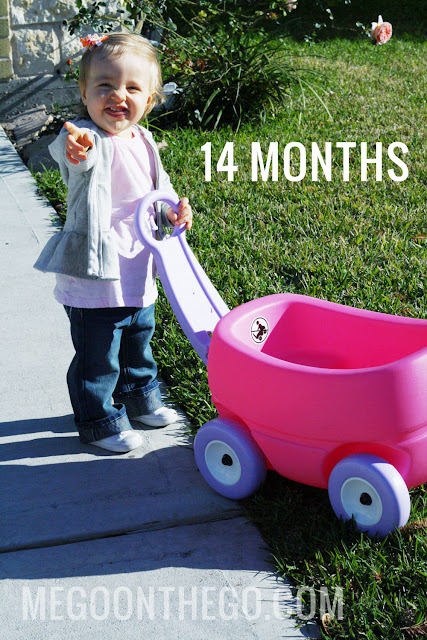 HOLY. MOLY. She looks like…. a little girl!
KENNEDY LATELY:
– Seriously, where did that baby go? I can’t get over this.
– Kennedy has a pretty good vocabulary. She understands most of what you tell her and she is pretty good at communicating back with you.
– Words she knows and says often: Dada, Dexter, Water, Duck, Uh Oh, What’s That? (it actually sounds like “oh sh*t”….ha), Hi
– When you ask her “Where’s your shoes?” she points to her shoes.
– When you ask her “Do you want to eat?” She walks over to her high chair and looks up at you like “Okay, already!”
– She loves ducks. I think it’s because she has a ton of them in the bath tub, and there is a picture of a duck next to her high chair at school (and her teachers always talk to her about the duck). In her book “Brown Bear, Brown Bear, What do you see?” you can tell her to point to the duck, and she does! It’s so cute. She’s basically a genius
– She understands when it’s time to go “night night”
– If you ask her to point to the lights, she will point up
– Waves bye, claps her hands when you say “Yay”
– Gives kisses when you ask for them
Kennedy is officially weaned off of breastmilk, as well. We were down to one nursing session a day since the middle of January. About two weeks ago, I had realized that she hadn’t nursed the entire day. She nursed the day after that, but hasn’t again since. It was just like that. I guess I thought weaning would be harder than that, but it was a really natural process. I know a lot of it also had to do with the fact that my rehearsal schedule had me away from home more than I would have liked. Part of me misses the bond and the time we got to share together, but part of me is also glad that we are moving on and that I don’t feel like the pump is a ball and chain anymore. I am so thankful we made it 13 and a half months with no problems!
This little girl has such a personality. She is always busy, always talking, and is very sweet. I love cuddling with her when she is tired. She loves cuddling and rubbing your hand. Kennedy is pretty much the sweetest thing ever. Obviously.
Here are a few more pictures of her that I snapped while we were playing outside. It was a beautiful day, and I had a beautiful little model to work with! 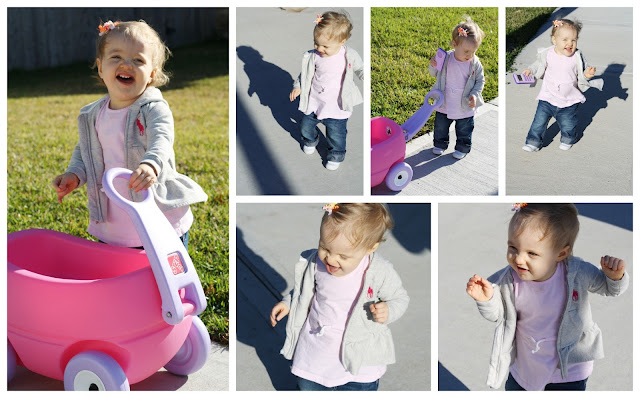 This eye and lip look is pumpkin spice and everyth